What do you first think when you hear the word Pakistan? For me, living in New Zealand and India, since 9/11 it’s been synonymous with terrorism. News reports, the movie Zero Dark Thirty, and Mark Owen’s book No Easy Day were, like most, all I knew about Pakistan. 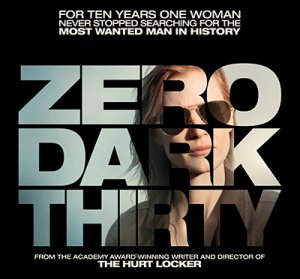 I had similar worries about India from my conditioning from the Western media before I travelled there. That’s why I ended up writing the India Survival Guide, to help put traveller’s minds at rest by quickly teaching them the ropes to make their trip to India a success.

I’ve consistently throughout my life found media stereotypes to be scaremongering and far from the reality on the ground.

Government travel advisories for Pakistan weren’t very encouraging either. They rated Pakistan as an extreme and high-risk travel destination. Those same Government advisories had also rated Ladakh and Kashmir in India, where I’d just been, as an extreme risk too (and all of India as ‘some risk’).

So far I hadn’t found much positive info on travelling to Pakistan.

Next, I started searching for blogs about others experiences in Pakistan. This search came back very positively with many travellers raving about Pakistan, and it’s beauty.

After that, I went and got opinions from my friends. Unsurprisingly, my Hindu Indian and Kiwi friends all said something along the lines of, “You’re going to get kidnapped or blown up.” My Muslim Indian and the very few Pakistani acquaintances I had were far more positive.

My Pakistani friends, including a woman who works at a local shop I frequent, all immediately offered me hospitality in their cities. As I talked to them and read Pakistan travel experiences online, the worries I had started to fade.

Advice from a British traveller I met in Pakistan

Pakistanis are incredibly hospitable and very friendly. Walk through any city and you will be met by a barrage of people wanting to introduce themselves or offer you a cup of tea.

There are barely any tourists here, so people are often excited to see you. Sometimes your rickshaw driver will refuse payment, declaring that you are his guest. Outside the city, people become even more friendly.

However, the government and in particular the Military and Intelligence services appears to be getting increasingly paranoid around the activities of foreigners.

Be prepared to be stopped again and again by the authorities and have your passport at the ready.

Some of this official attention is for your own safety, there are, of course, very dangerous areas in Pakistan and the government of Pakistan will stop you going there, or for the slightly less dangerous areas, issue you with a police bodyguard.

The fact that the government issues foreigners with police protection shows that at some level there is still a very welcome commitment to opening as much of the county up as possible to tourists.

Regarding danger from terrorism, there is only one incident to my knowledge where Westerners were specifically targeted, the 2013 massacre of climbers at Naga Parbat.

Whilst terrorist attacks continue to plague parts of Pakistan, they are rare in Lahore and especially in Islamabad. The targets are not foreign tourists (there are barely any to target).

Foreign government websites offering travel advice are important to consult, but usually extremely risk-averse. You might find yourself, for example, staring at an overpriced box of Ferrero Roche in a fancy service station on the flawless motorway to Peshawar and realise, that you have strayed into a zone in which the British FCO advises against all travel.

In seven trips to Pakistan over the past twelve years I have never once felt threatened.

Know where to be extra careful or not go

That being said, there’s no denying that some regions of Pakistan are high risk due to terrorist organisations operating. This map shows you the troubled areas.

After weighing up all the opinions, I decided to go to Pakistan and even enter the zones of extreme risk. My risk tolerance is quite high compared to others so I can understand others deciding against it. If you want to go but are still a bit worried then just stick to the highway going from Islamabad in the north to Hyderabad in the south.

I was also lucky that I had a friend in Peshawar who I’d be staying with there. He informed the local Police the dates I’d be arriving and they requested a copy of my VISA and Passport. The Police there will work to ensure your safety. If you have friends back home that can introduce you to trusted people in these areas, then you can travel there much more confidently with a local.

I already had a wealth of experience from visiting and living in India, so the worry that I’d struggle with language, customs, bargaining, scams, and the daily life weren’t there. I was already a confident traveller.

UPDATE: After visiting – A warning

Pakistan was a great country to travel, but I did face one issue that I didn’t expect. Everyone online warns you about terrorists, but the problem I encountered was with the Government.

The short story is, coming to Pakistan on foot from India and visiting Peshawar (red area on the map) I raised some flags amongst Pakistan’s intelligence agency. Firstly, as I crossed the border, they called my Pakistani friend who’d invited me and began questioning him about me and telling him where not to take me (even though I’d included all his details in my VISA applications months before).

Then they called him a second time a week later asking him more questions about where I’d been and where I was currently.

Whoever was on the phone wouldn’t say what agency they were from. It was weird and made me extremely paranoid wondering why the hell they were keeping an eye on me. I’ve never experienced this anywhere else in the world.

The thing is, I’m not sure you can avoid being monitored in Pakistan unless you’re on an organised group tour. Pakistan’s relationship with the West is strained, they are wary of foreigners, and have a strong dislike of Americans. Until that changes, it won’t be as welcoming to tourists as most countries are.

My privacy is something that’s important to me and it resulted in me leaving Pakistan early.

Knowing all that now, I still would have gone to Paksitan, because it isn’t until you’re being watched that you realise how much your privacy means to you.

Karl Rock is a Hindi speaking expat who left his career and life behind in New Zealand to take viewers behind the scenes of incredible India with his YouTube channel and books. More about https://karlrock.com/about/ View all posts by Karl Rock

47 Replies to “Is Pakistan Safe to Travel to?”

Worried about Travelling to India?

Arriving in India is a culture shock. It’s chaotic and intense. Our Quick-Start Safety Guide organises the chaos for you, allowing you to confidently and safely travel in India.

Buy now or find out more!

All the people I get confused with. Pictured: PewD

No Bro, I feel grateful. You made my day! Thanks f

Where's your next travel destination? I can't wait